Mari’s new music video – I Fall to Pieces – Behind the Scenes.

Marius-Antonin Fleck flew up to Norway from Germany via Finland to come work with me on his new cover release “I Fall to Pieces” at the end of January 2020. A friend and good client of mine, Marius challenged me to pull together some magic using the beautiful landscape of Telemark, Norway. Marius is expected to release on the 16th of February in Würzburg, Germany.

I will share with you selected screenshots from the video and explain the production notes and what equipment I had used in each scene.

Here in the image above is the introduction scene, the narrative that our character, albeit Mari, plays is of a journey, not so much on the outside, but more of an inwards journey. I had scouted a location, a bridge, in Lunde, where a frozen landscape had complimented the tone in which we wanted to overall feel to the movie aspect of the video to look like.
Production notes:
I decided to use the Blackmagic Cinema Camera 2.5k (EF mount), as I’m able to capture raw (Cinema DNG), I shot in raw, directly in the camera, without having to add an external recorder. As the camera was mounted on the Ronin-S I wanted my setup to be as less cumbersome as possible. I used a Tamron 28mm f2.5 M42 converted to EF with a ND.8 filter. This setup had to be as lightweight as possible, due to the slippery conditions walking over from the carpark. I shot everything @ 24fps … yes, “cinematic,” I know. 😉

In this image, you will see, actually, my kitchen. The style fit perfectly to Mari’s idea and we decided to setup with the stuff laying around on the dining table. Yes, that is real fruit. This vibe is also channeling a “timeless” feel to it, as our character sits, practices on the Uke, writes down amendments to his music and thoughts. I had bought a shower curtain from the local hardware store for 100kr and nailed it on the outside of the house to cover the window and set up 3 LED Fresnels to blast light in to maintain the ambience of the room. The candles are purely æsthetic and the Gobal Ukelele book pays homage where due.
Production note:
Shot on the Blackmagic URSA Mini 4k with the Sigma 18-35mm 1.8 ART. I shot this in 24fps @ 400ISO, and again, I wanted the flexibility to be able to capture raw and was able to do so. I didn’t shoot full, I kept it down to 3:1, which saves some space and gives me the luxury of raw in post. The camera was sat on a slider, so I could give a nice push in and pull out. For lightning, I used the Litepanels mini Fresnels to light the interior from the outside window and blocked off all other light coming from the other windows in the room with old dark blankets. This gave me that beautiful soft, wrapping light. Mind you, I had set all of this up on my own, I’m pretty proud of this.

In this picture, the conditions are the same, just the overall ambient light is less, due to the time of day, which was perfect, as that naturally brought us to the other scene, where I wanted more drama to be instilled in this shot. Keeping in mind the 180-rule, I tried not to overstep that line when shooting. Not that I had that much space in the room anyway. Still, the same arrangement, just this time Mari was writing and singing more with hand gestures, which is always fun. Mari has such a character about him, which makes his style interesting and pops out on screen. The lights had kept the exposure up on the face and gave beautiful detail to the room. Look at those eyes sparkle!
Production notes:
Still on the URSA Mini 4k here, same settings, 24fps @ 400ISO, 4k 3:1 raw.

Here, you will see a close-up of Mari playing the Uke. This shot is to add depth and detail to the video. Same lightning as the shots above.
Production notes:
I used the Blackmagic Cinema Camera 2.5k with the Carl Zeiss 50mm 1.4 T* Planar on a monopod. I shot @ 24fps in 2.5k raw.

Here in this shot, we had hunted around to find a road that wasn’t busy with cars and had the view of the snow-capped mountains. We found it, obviously. Apart from the road being extremely icy, it gave us the perfect “look” for what we wanted to capture. It seemed that the storyboard had literally jumped out at me when we got here. The shot was simple: Mari must walk the entire stretch of the road, over the crest. So he did 2x, just in case, as I always like to have a backup! Not much more to say about this shot apart from … check it out!
Production notes:
I used the Blackmagic URSA Mini with the Canon 135 2.0 L, to give me that lovely compression and sharpness. I shot again 3:1 raw @ 60fps, so I could slow it down to give a more dramatic motion. I had the camera sitting on a Sachtler tripod for support.

Post-Production notes:
I used Davinci Resolve 16 to edit, grade and export this project. I loved the ease of the workflow, considering I am using the cameras, it was a super easy experience overall. It had crashed two times! Why? Well, first was me editing everything in raw with the timeline set to UHD … a minor failure. Second crash was due to me being a fool and changing the caché directory, for some reason, and my computer had done something to shut down my X-Raid system. No idea what had really happened, but after a reset of the computer and the caché dir., everything seemed to be functioning fine after that. Anyway, I thought I’d share that technical note, in case people were interested. 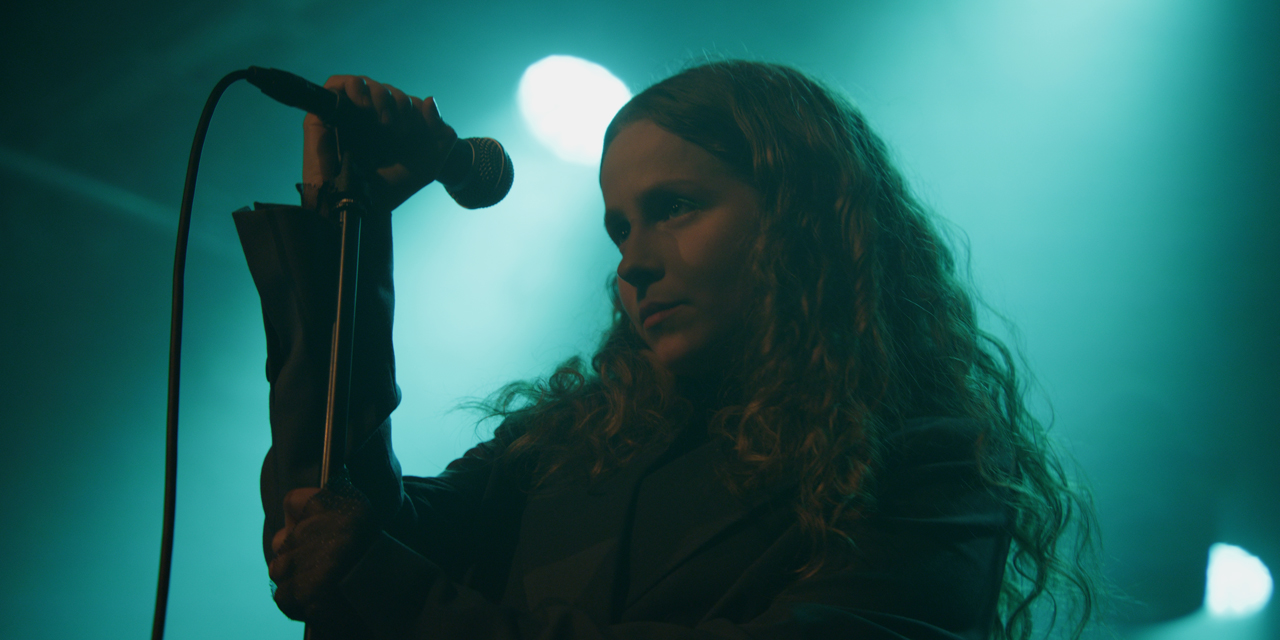 Moyka @ Studentsamfunnet in Trondheim © 2022 ~ The featured image is a subtle favourite of mine. Extracted from an R3D film file from the RED EPIC-X MX 5K.

Scene in the Snow …

Right in the picturesque nature of Norway (Midt-Telemark), Ranita and I prepared and shot a scene for M-A. Fleck's (DE) new up and coming music video. The scene is basically a miniature Native American encampment, which Ranita and I had

BTS Photos taken with the Leica M8 & Voigtländer 35mm Color Skopar Classic f/2.5 This scene is using only available light from the window and a single candle. There was great contrast in this room to begin with to help create